Shout-Out to Unknown Mami - Sundays in My City

I want to send out a big thank you to Claudya over at Unknown Mami.  Her Sundays in My City...thing (I don't know blog lingo so I don't know what it's called)...has caused me to pay more attention to where I live, to take notice of things and to have my camera with me much more often.  It's also given me the motivation to take new routes and check out areas of town I don't necessarily have another reason to venture into.  I love this new sense of awareness!

The first time I tried a SIMC post I had no idea what I was doing and so it didn't link up.  I emailed Claudya and she gave me instructions so now I know how to do it so that you see my posts from her page. She's so nice!

I did take pictures for a post this week but I was so busy and then, as a result, so tired that I didn't get them downloaded/processed.  I'll save them for next week :)

To see what people around the world (people less lazy than I was this week) have posted, click on the button below, select the latest post and when you're done reading it, check out all the links at the bottom.  There's some great stuff there!

Email ThisBlogThis!Share to TwitterShare to FacebookShare to Pinterest
Labels: I am not a blogger but I have a blog, Life Abroad, Sunday in My City

More Snow - Sundays in My City

I have previously stated my feelings towards snow (once, enough for pretty pictures and for me to happily watch the dogs run in it even if they don't care). We had that back in December. It was gone a day later and it was perfect. So when I woke up Tuesday morning to see a dusting of snow (and to find that there was no heat or hot water in my house) I wasn't thrilled. It's been below freezing all week (those in places that actually know what COLD, WINTER weather is...Norway, Minnesota, Canada...please feel free to scoff at me!) and I hate being cold.  The ever-mounting collecting of gloves/mittens I have in my seemingly never-ending quest to find some that actually keep my fingers warm...the fact that I work in an uninsulated metal container on a construction site...being a bicycle commuter...I hate being cold! It snowed again today. I'm over it!! 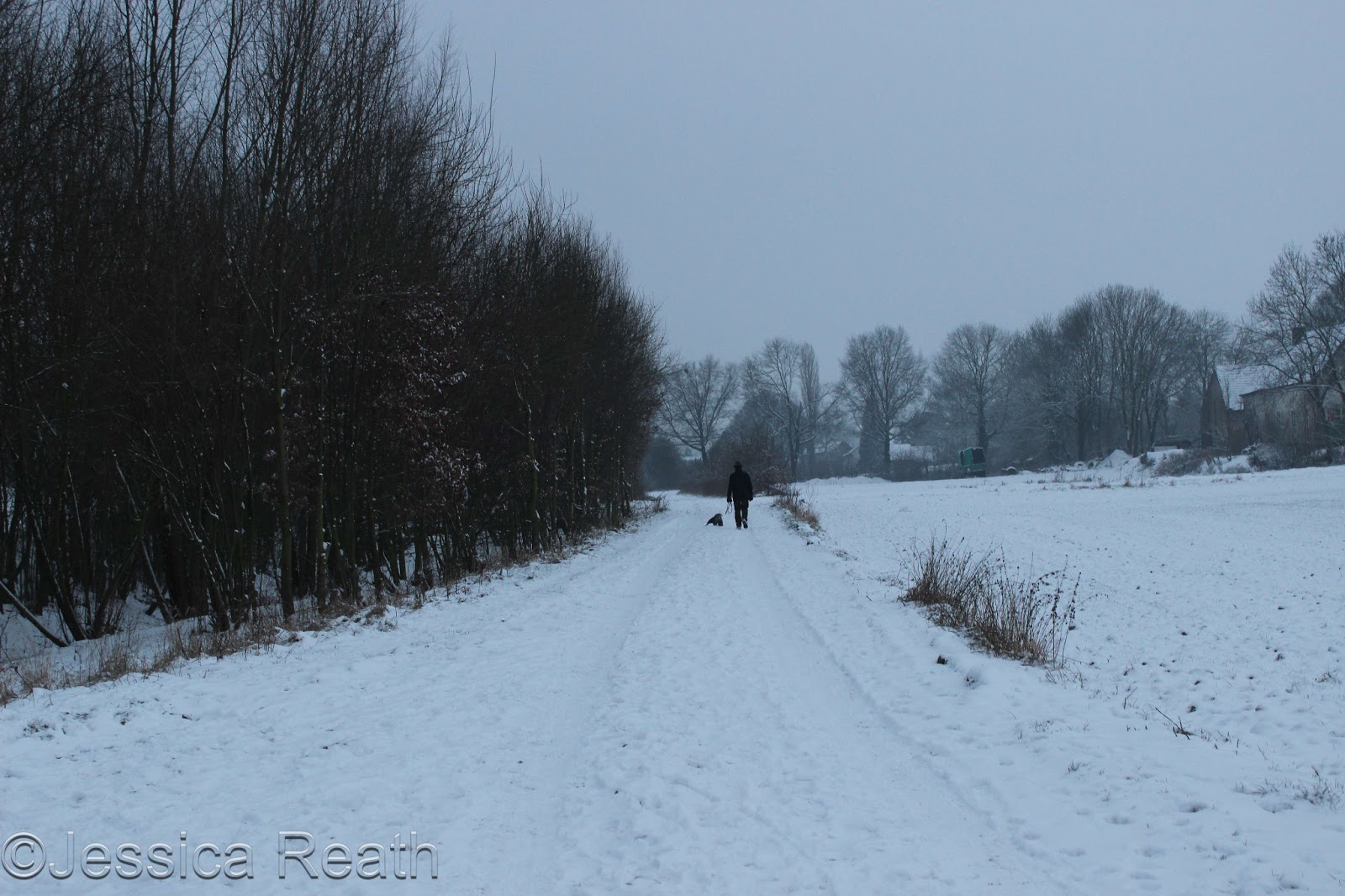 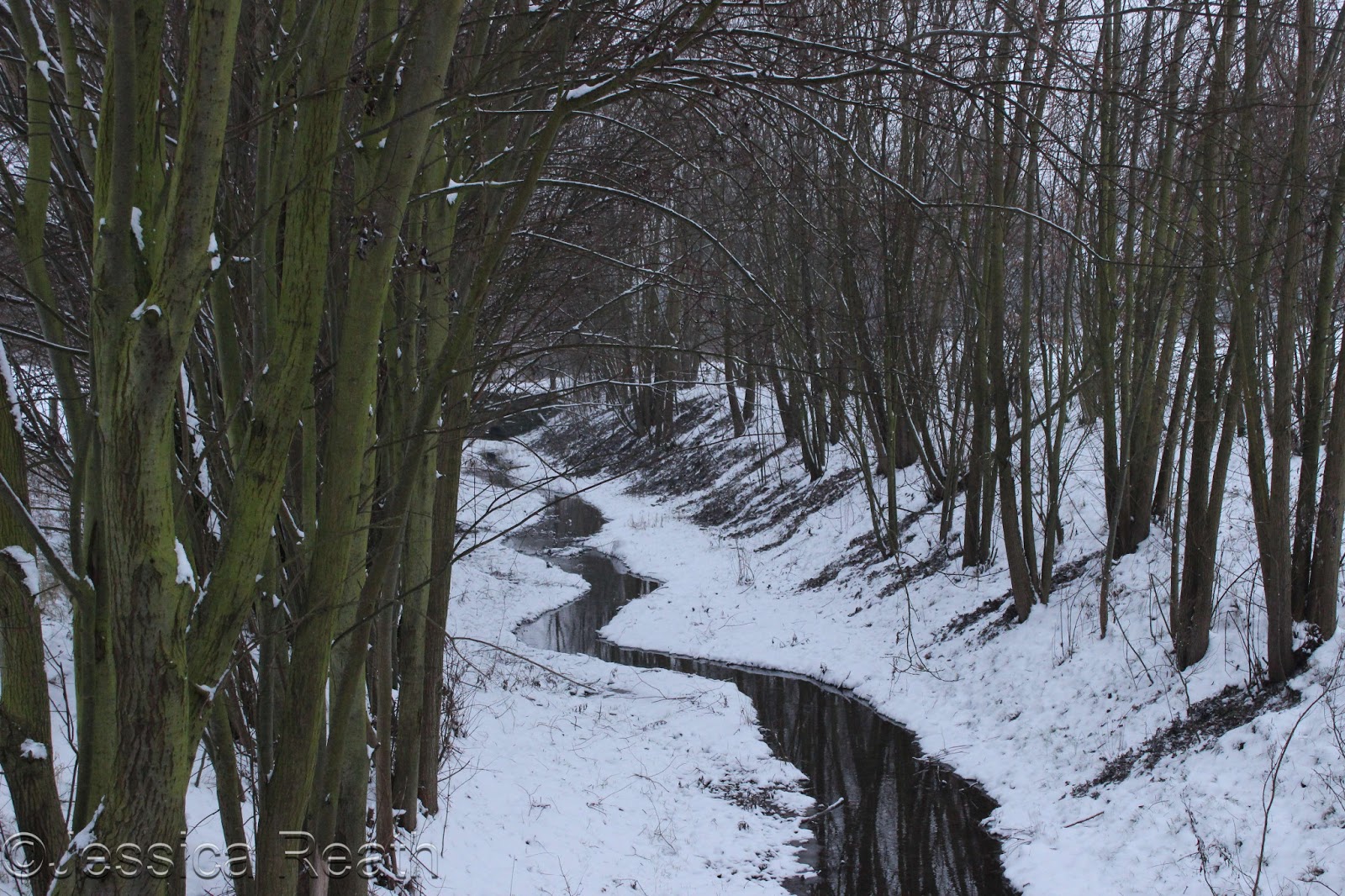 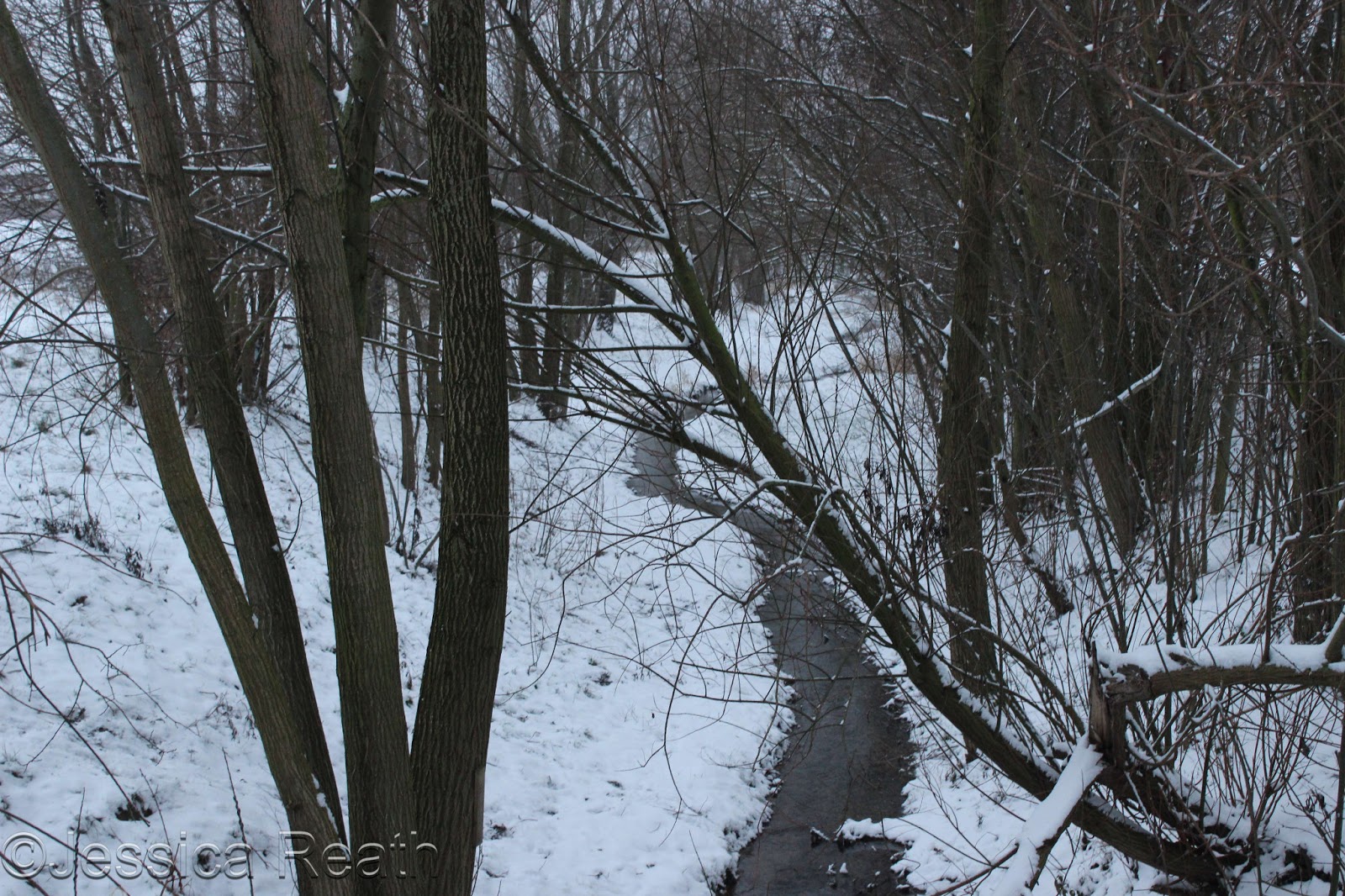 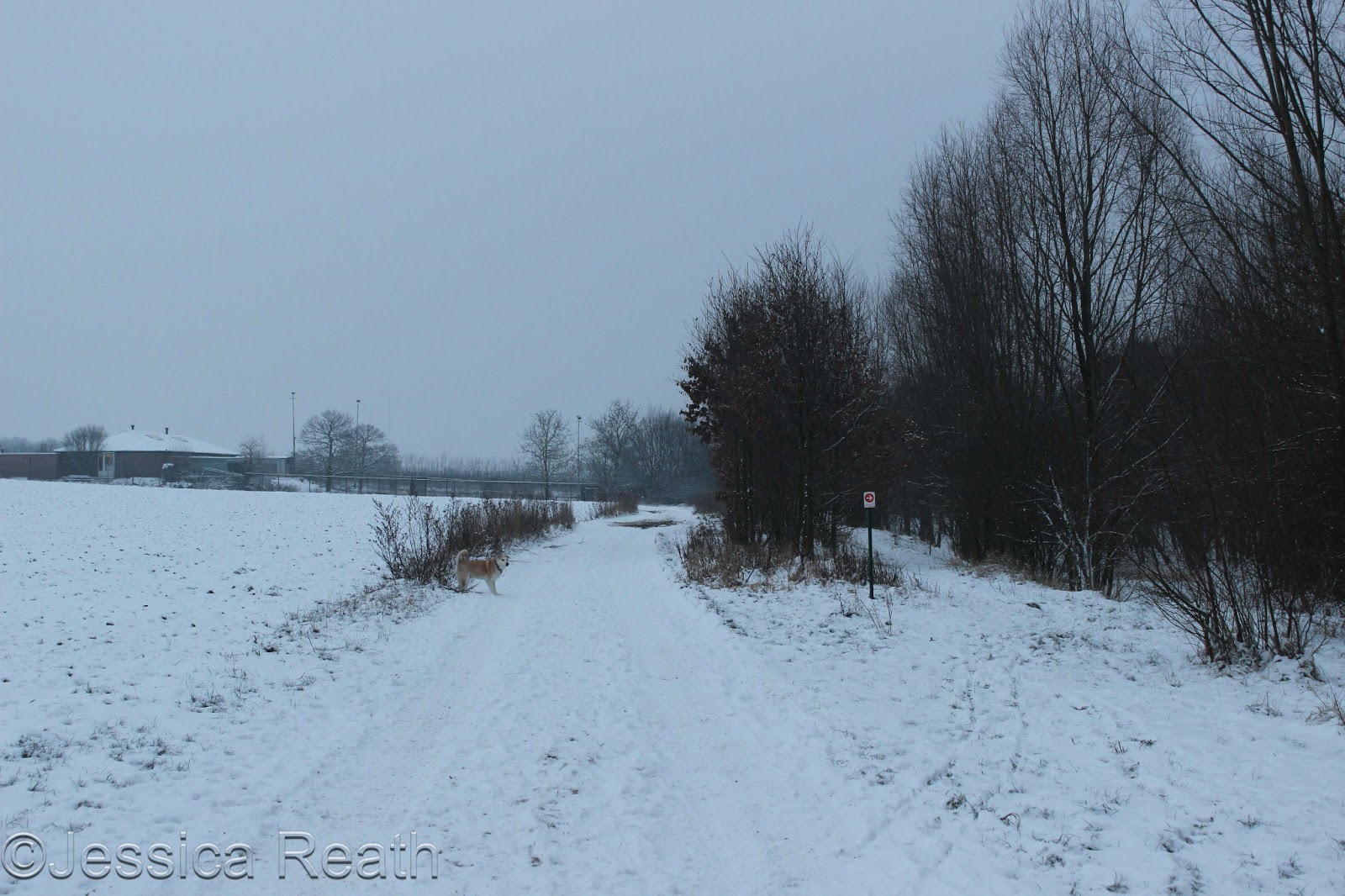 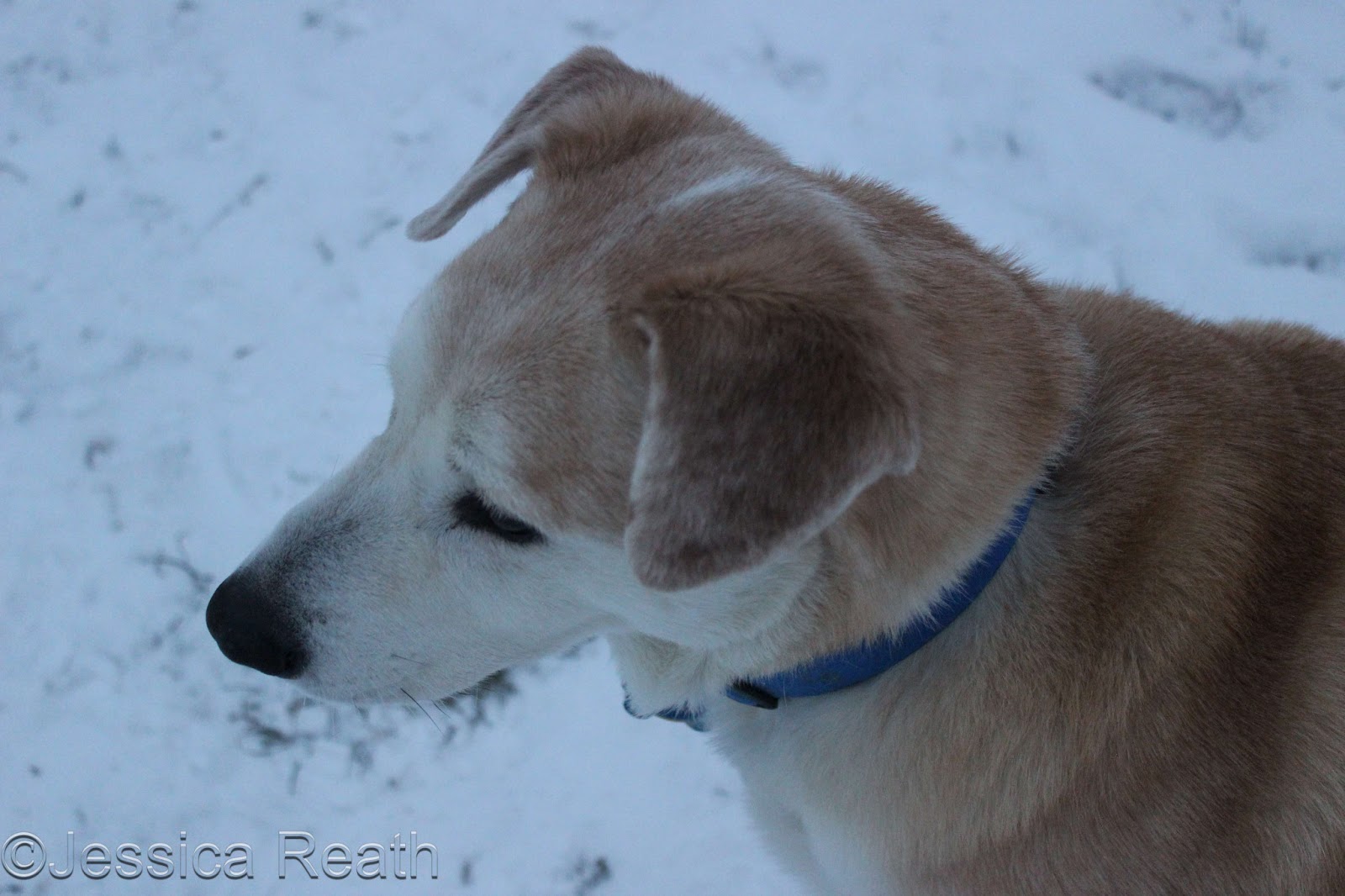 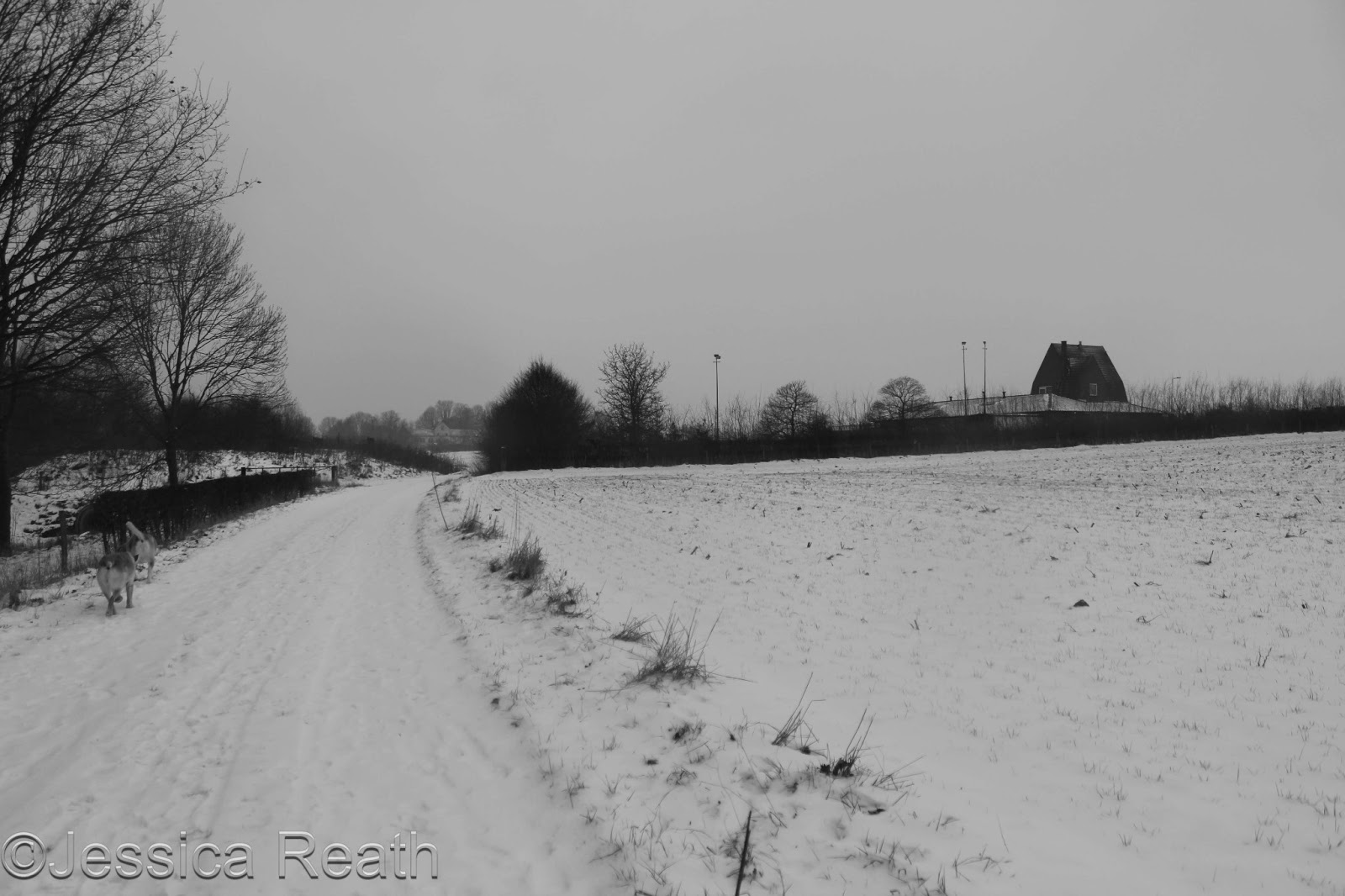 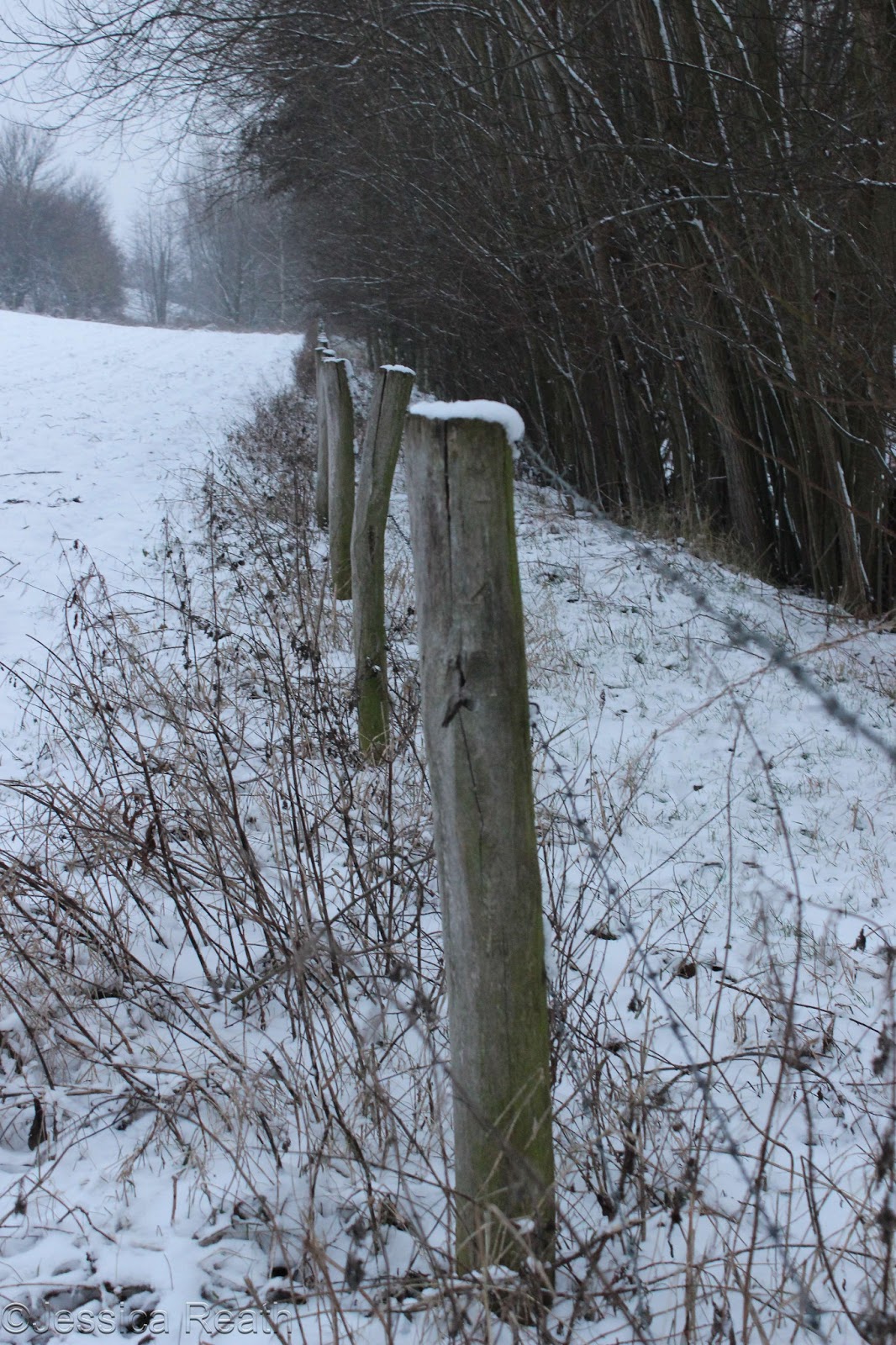 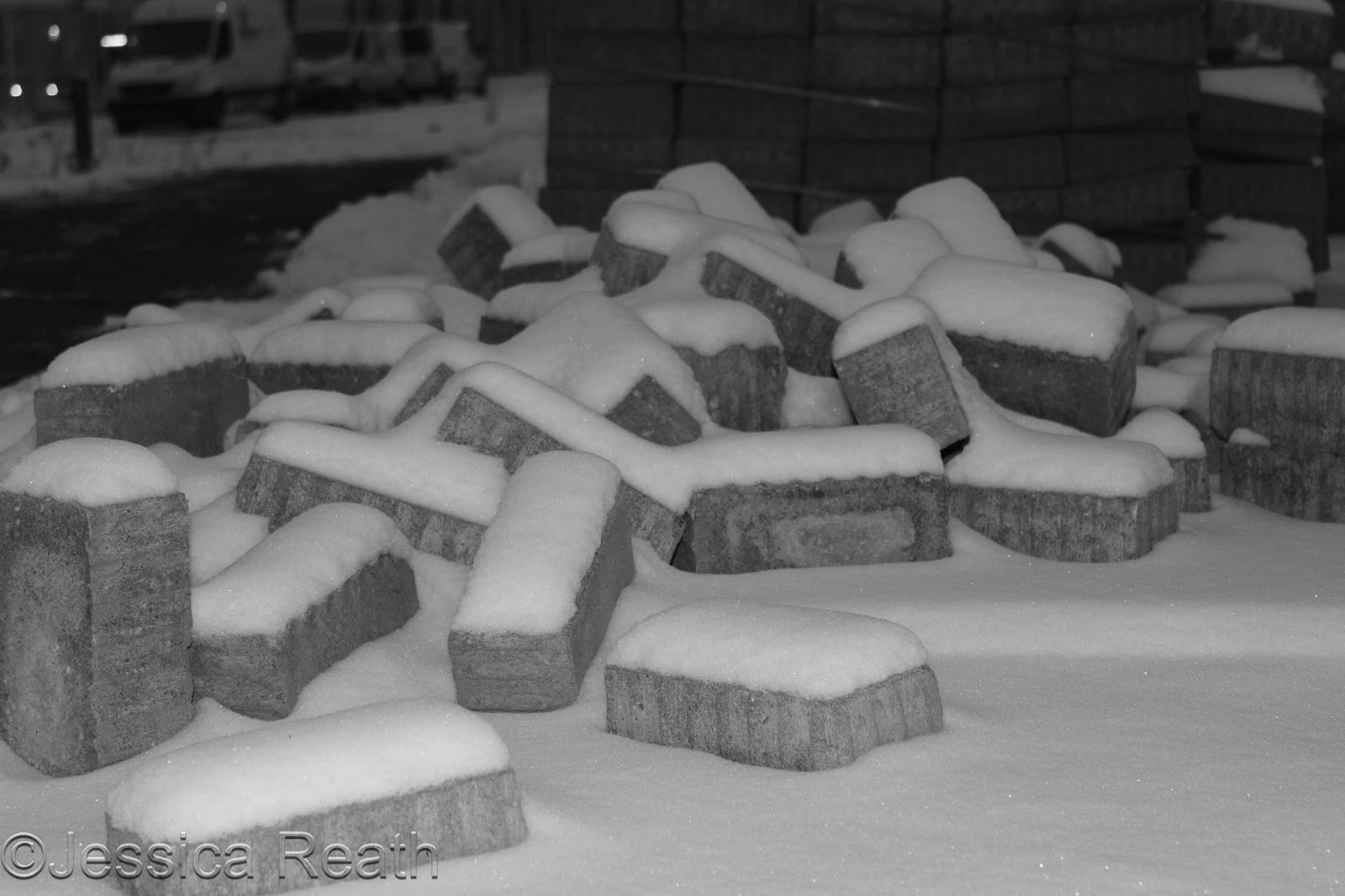 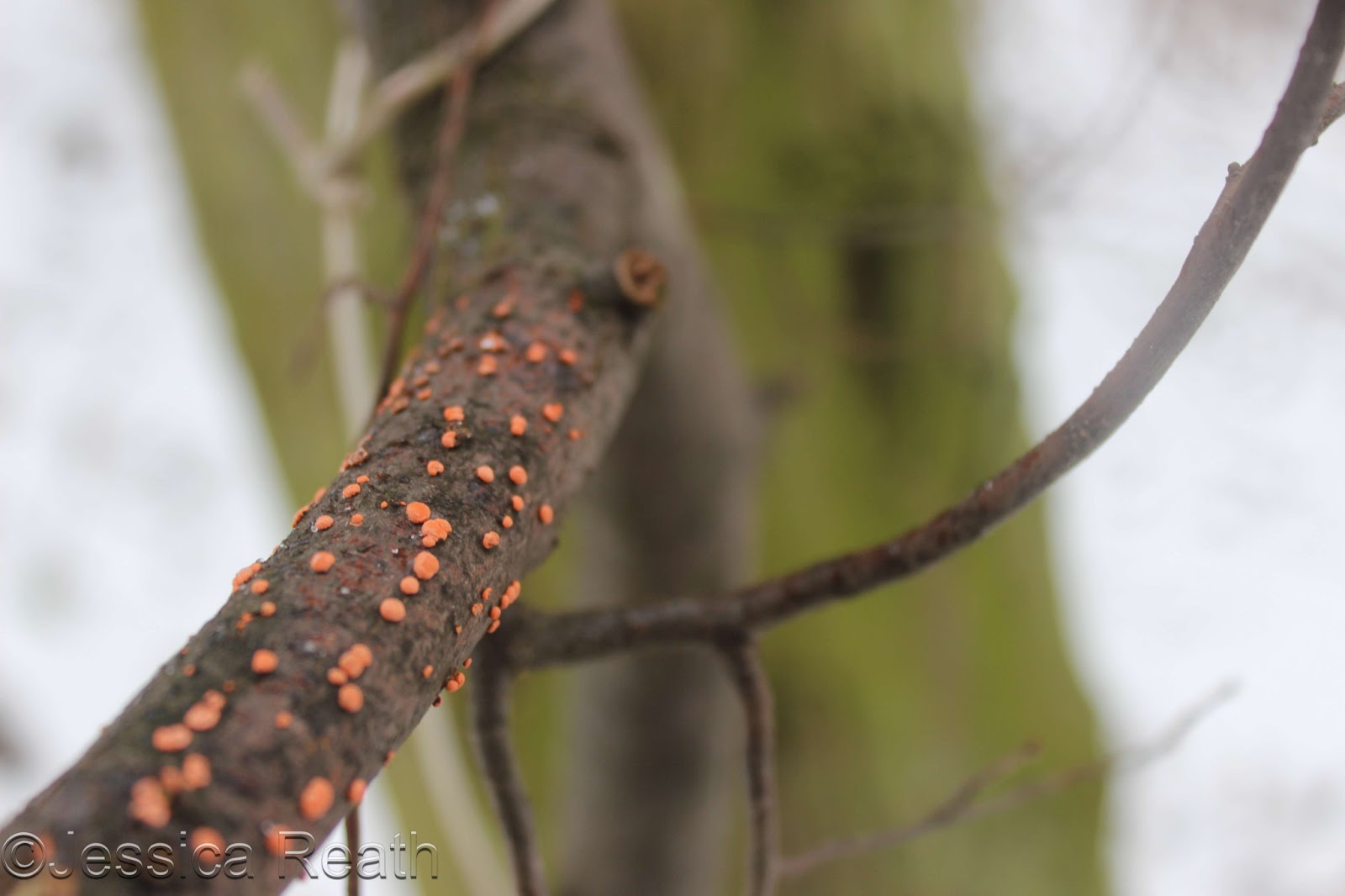 Last Sunday several of the SIMC posts featured trips to the beach and other warm-looking events. I was jealous!  Go over to Unknown Mami and see places warm, cold and in-between.

Email ThisBlogThis!Share to TwitterShare to FacebookShare to Pinterest
Labels: It Ain't Much if it Ain't Dutch, Life Abroad, Sunday in My City

Priceless - Sundays in My City

I missed my flight back last week. I was flying out of an airport none of us are used to and, well, we got lost. The GPS I got for my parents a couple years ago suddenly just quit turning on (anyone know anything about that?).  The printed directions were a little confusing.  I called the airline when I was pretty sure we weren't going to make it in time and they said that since it was the return leg of a trip purchased at the dirt-cheap internet fare there were no changes allowed. I'd have to buy a new ticket. My mind started racing at the thought of how many thousands a last-minute, one-way ticket to Europe was going to cost me.

We finally made it to the airport at 1730 for an 1810 flight. I ran into the terminal and all I was capable of saying was, "PLEASE, PLEASE, PLEASE...610 to Amsterdam!"  I was met with a resounding, "NO!"  I didn't really expect to make the flight but I had held out a tiny bit of hope for some sort of delay.  There wasn't one.  So I asked the gate agent what I could do. He looked up my ticket and again told me that no changes were allowed. I told him I already knew this and asked him what I'd have to do to get home. When he told me I could fly to JFK and then to Amsterdam and then to Dusseldorf but that it would cost me $250 I couldn't give him my credit card fast enough.

When he finally handed me the tickets he said, "So, you need to go to JFK."  I said, "I thought I was flying from here to JFK."  I had heard him wrong. We couldn't get to Newark WITH directions. How the heck were we going to get to JFK WITHOUT directions and then how were my poor parents going to get all the way home?  Turns out, as luck would have it, there's a shuttle bus between the Newark airport and JFK.  I got to JFK with plenty of time and although my flight out of JFK was 6 hours later than the original flight out of Newark I arrived in Dusseldorf only 3 hours later than originally scheduled. It was a rather exhausting trip even though I slept the entirety of both flights (seriously, I never even heard the "here's how to put on your seat belt" speech. I was already out cold.) and the train ride back from the airport.  I've done a lot of sleeping since getting back as well.

Still, the trip was definitely a Mastercard commercial.  The look of surprise on Mom's face, surprising my parents again later that week when my sister arrived, the joy they felt at having all 3 kids home and getting to spend time with my four most favorite people (and a couple 4-legged friends)... 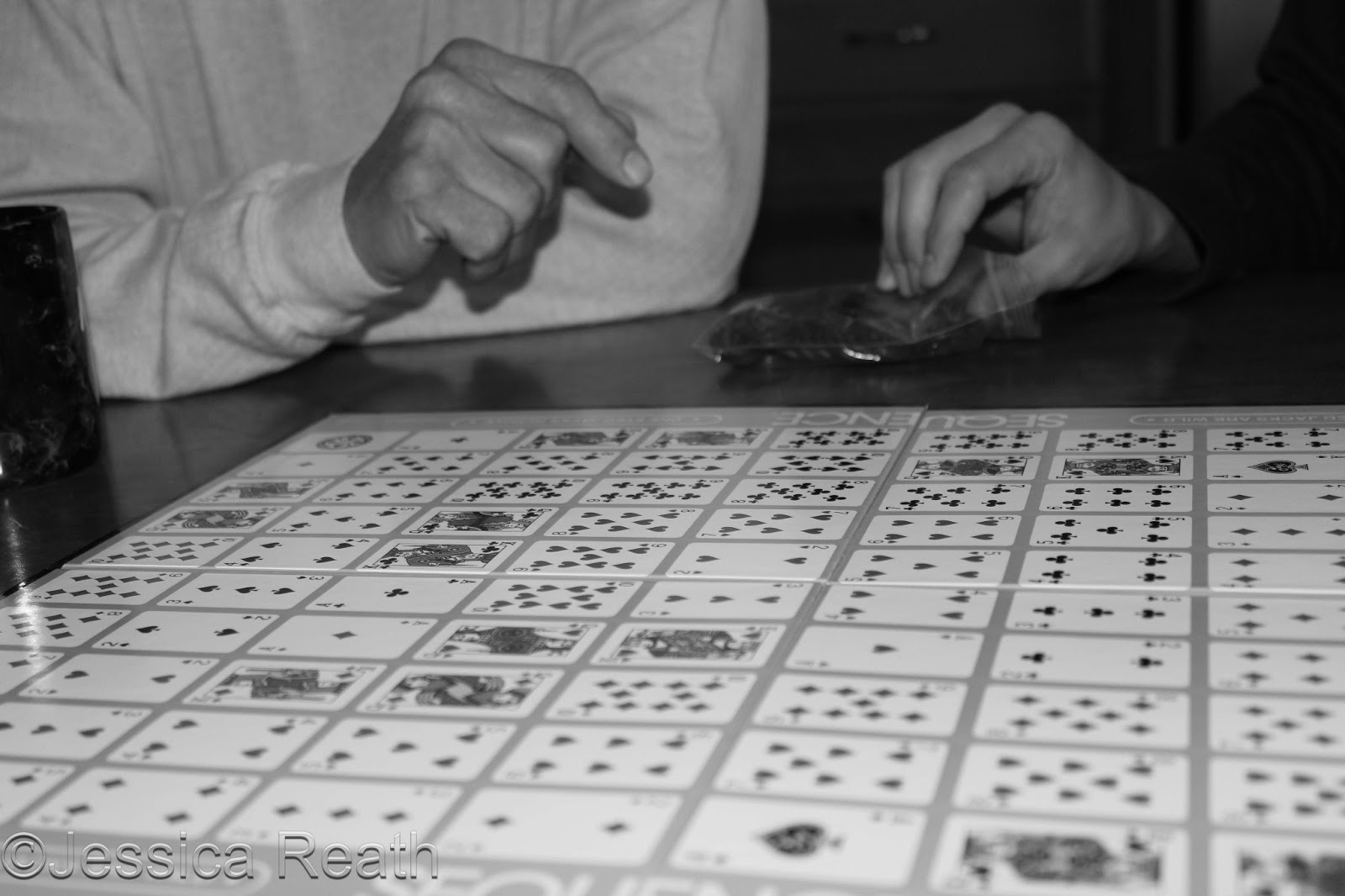 For other priceless stories, check out the links over at Unknown Mami.

Email ThisBlogThis!Share to TwitterShare to FacebookShare to Pinterest
Labels: Globe-hopping, Holidays, Sunday in My City, Where Am I Now?

Foggy Jog - Sundays In My City

I'm back in my hometown for a surprise visit to the family. My sister and I went for a jog this morning.  There's a loop through some farm fields that I absolutely love. We got a light dusting of snow sometime during the night so it was cold but beautiful. 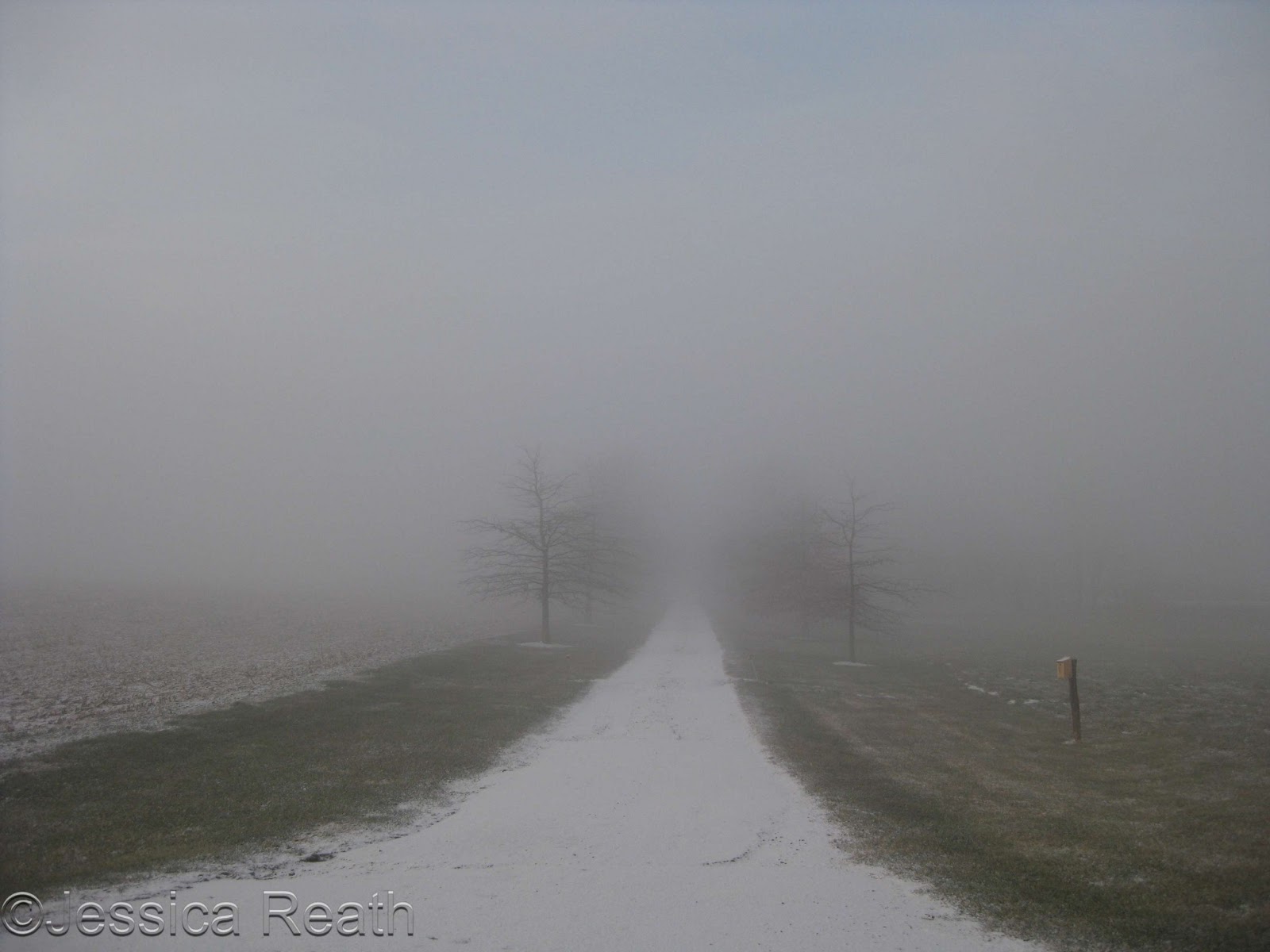 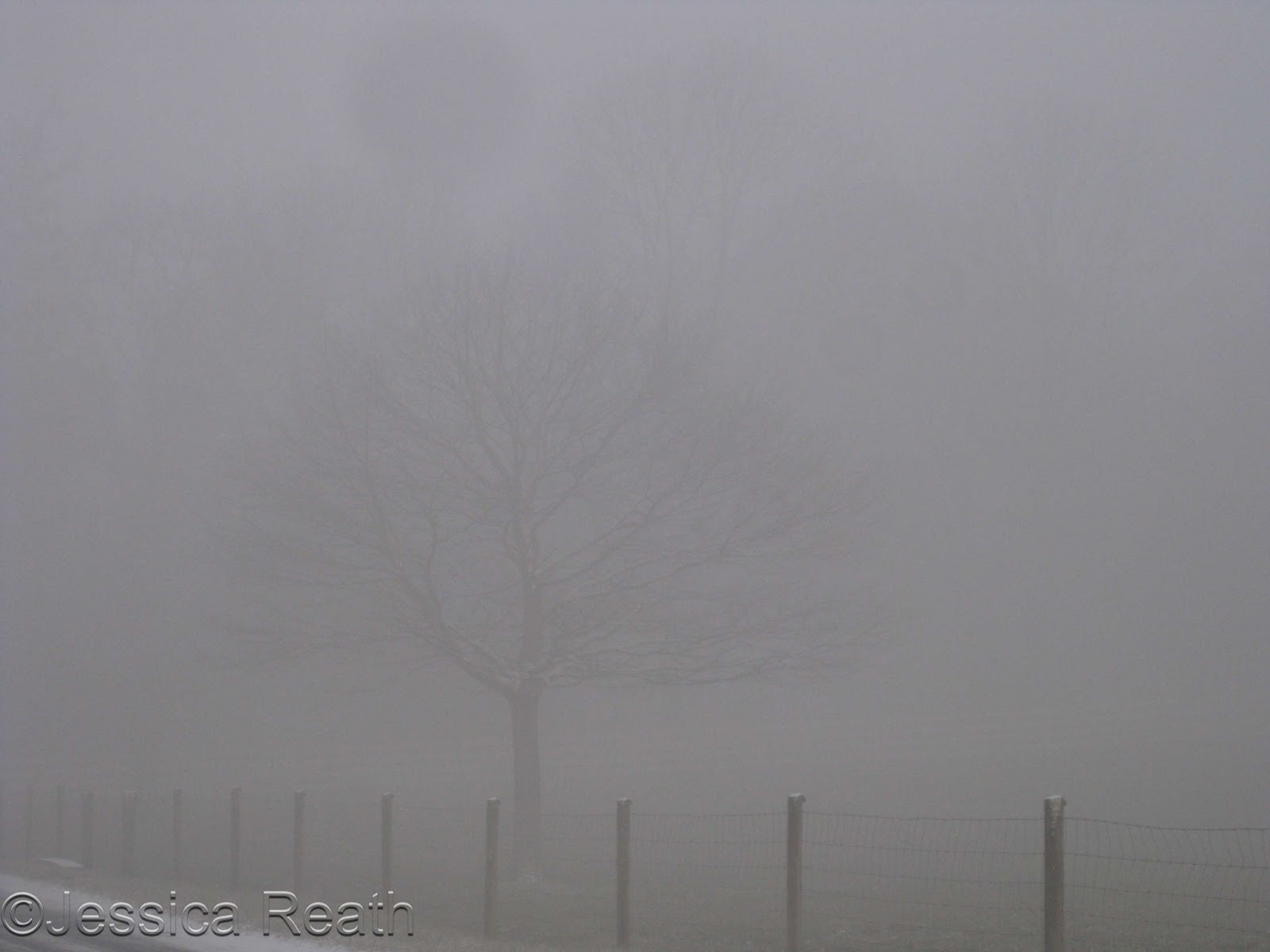 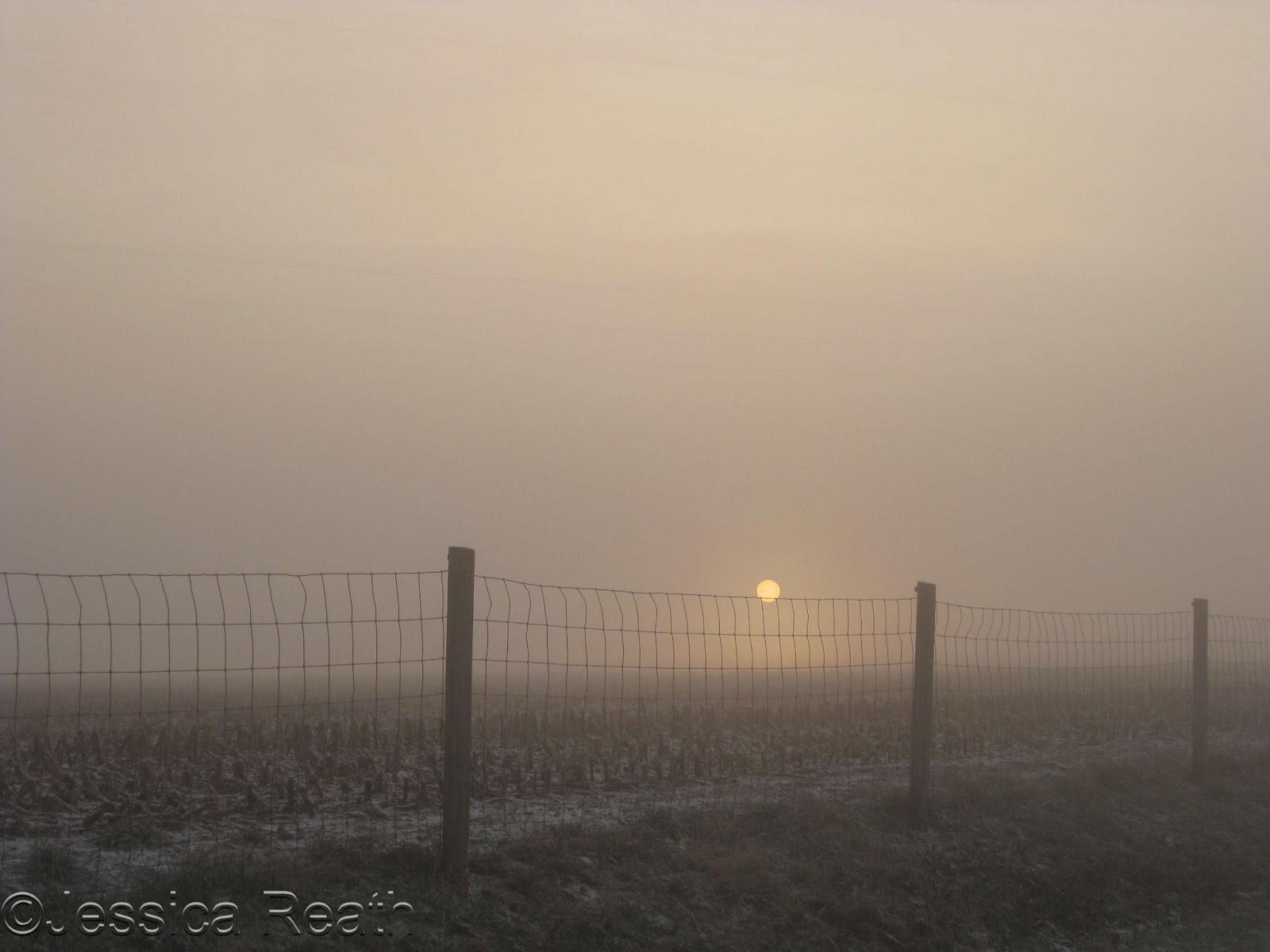 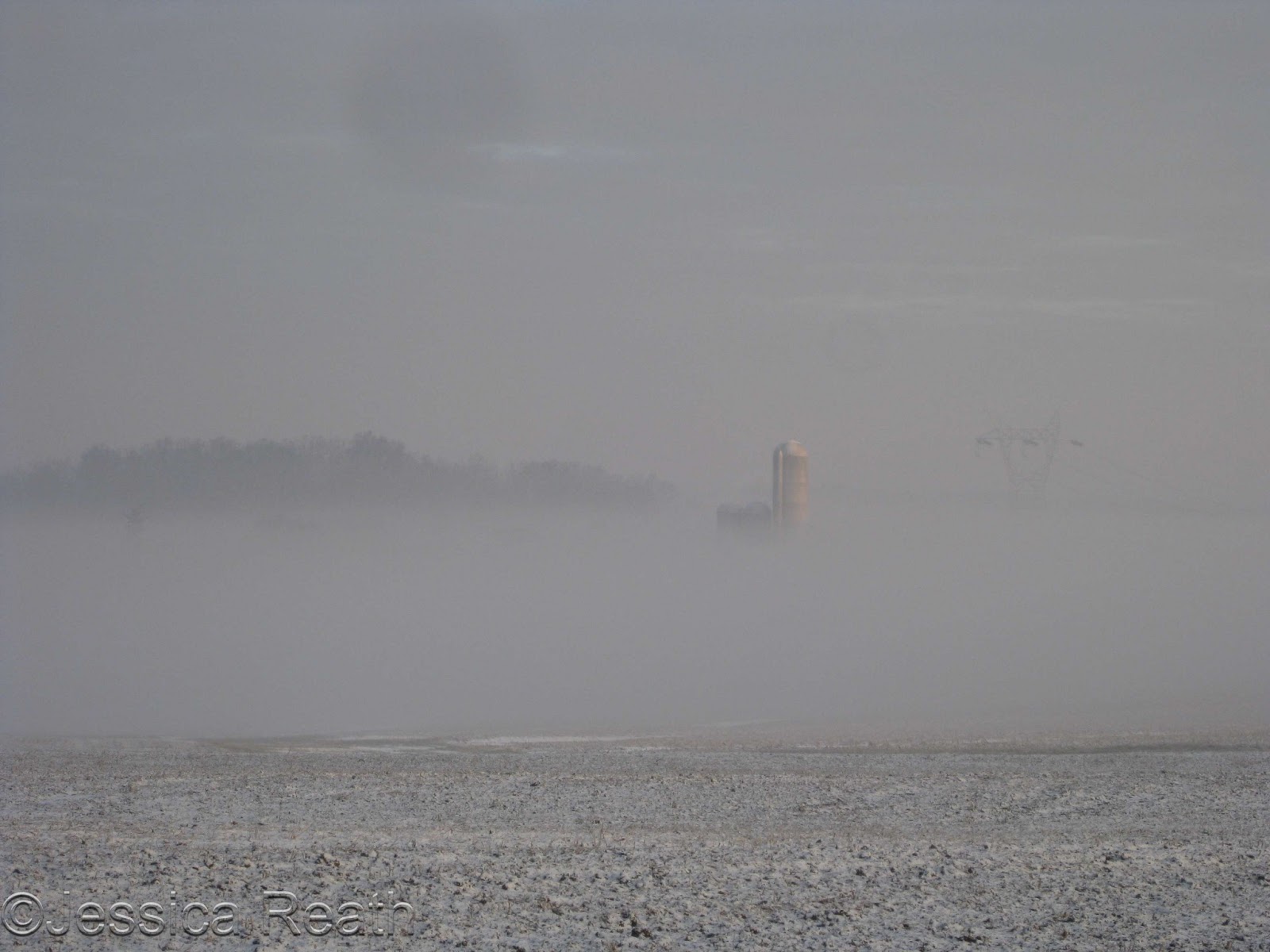 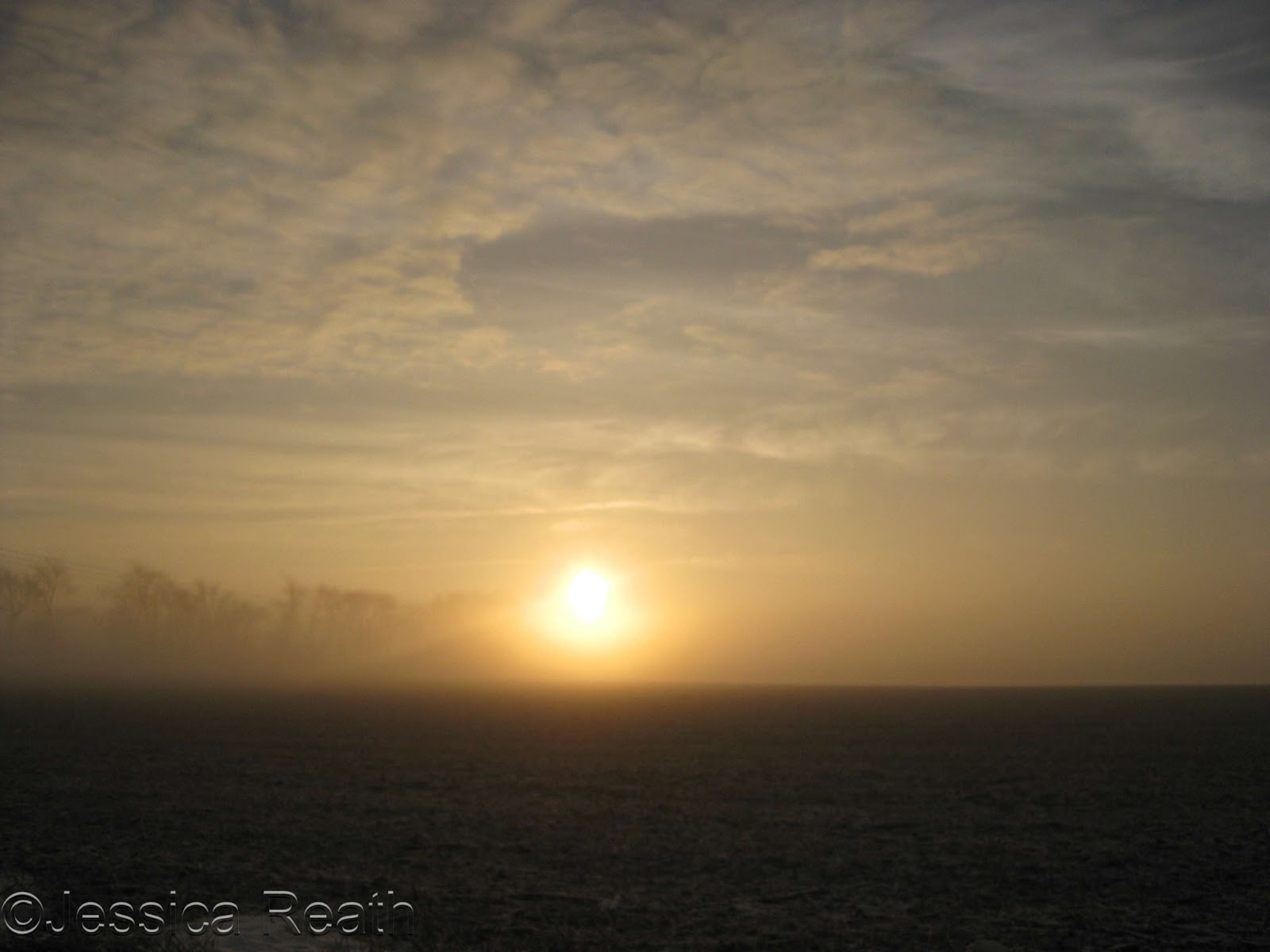 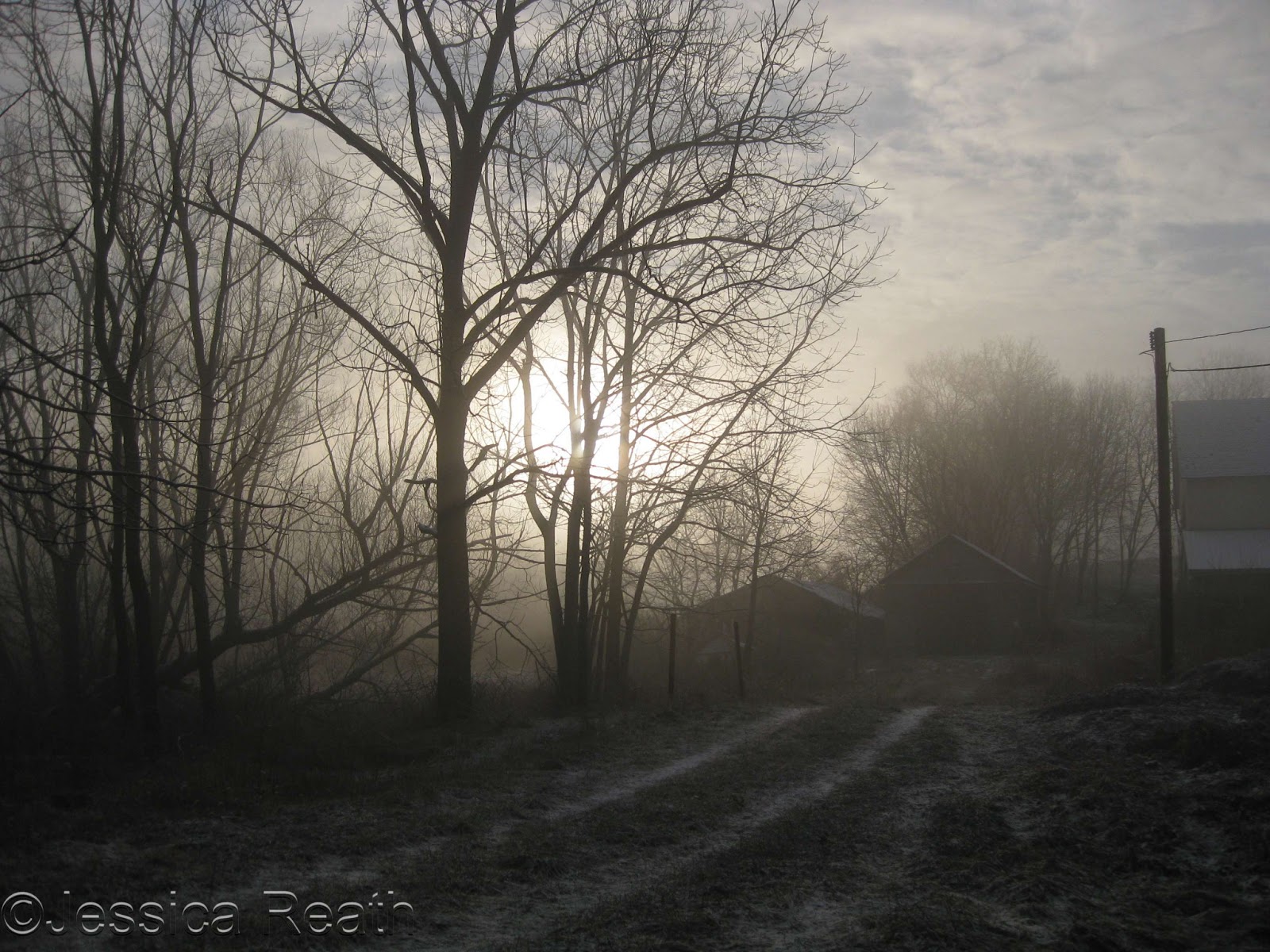 Jog on over to Unknown Mami and see the sights other people love.

Email ThisBlogThis!Share to TwitterShare to FacebookShare to Pinterest
Labels: Sunday in My City, Where Am I Now?

This is not my first time surprising the family with a visit.  This time, though, I booked myself on the same flight back to the US as them. I told them I had to go to our district office for the week (I needed a reason to be dragging a suitcase) so we all piled on the train and I went to "drop them off" at the airport before continuing my trip. The check-in line was rather slow and I was running out of time to get them on their way through security so that I could get myself checked-in. A check-in attendant helped me and I got checked in at the very last minute.  Dad and Gran went for coffee after getting to their gate and saw me hiding on their way back. I told them not to say anything to mom and I managed to stay hidden until after they were on the plane. Then I got on and practically crawled down the aisle (garnering lots of strange looks) before finally revealing myself to Mom. It was great!!