Man at Work - Sundays in My City

His name is Čumil (which means "watcher") and he watches from a street corner in Bratislava, Slovakia.  I fell in love with him.

He's one of several statues in the city.  Due to his being so low to the ground, he's lost his head twice thanks to negligent drivers :o. Legend has it that if you rub his head and make a wish it will come true. That's why it's so shiny. 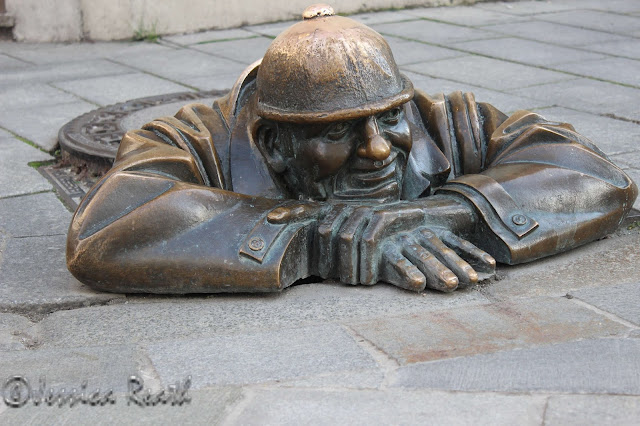 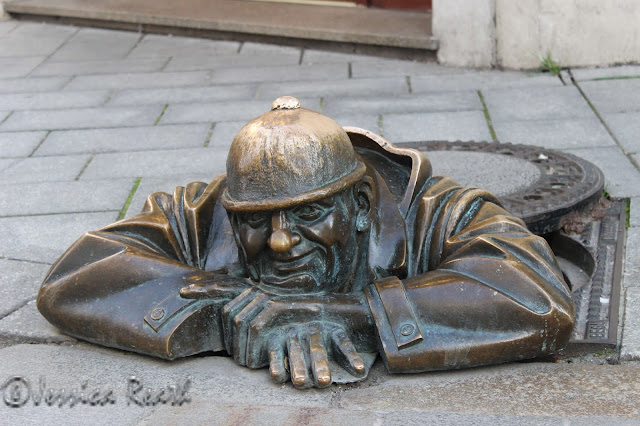 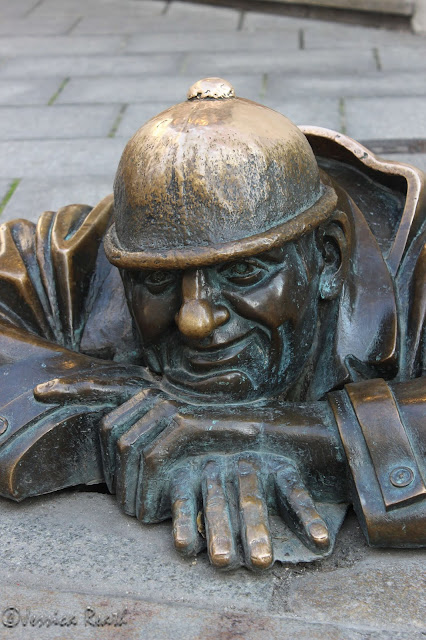 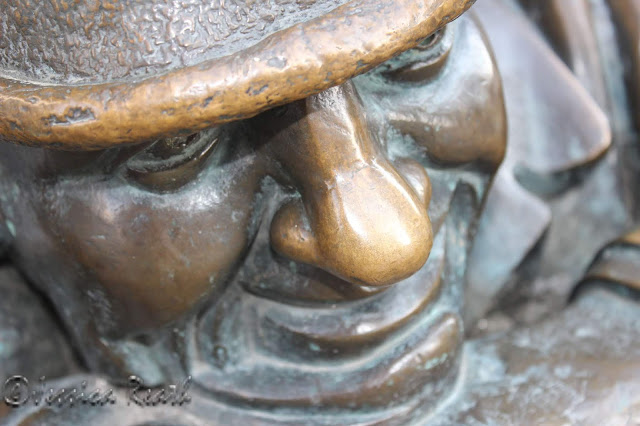 Bratislava was a cute little city...perfect for a quick weekend get-away (but you can even do it as a day-trip from Vienna).  It's still not super popular so it's not very crowded (except that I was there on the final weekend of the International Ice Hockey championships which were taking place in the city so it was relatively crowded...which was still not crowded compared to any popular European city) and it's really inexpensive.

The history of Slovakia (only an independent country (former one half of Czechoslovakia) since 1993) is super fascinating and surprising given the terrible history of the breakup of of its neighbor, Yugoslavia. Do the Free Walking Tour. Thoroughly enjoyable.