A few weeks ago I took a trip to the village of Thorn. It is known as The White Village because of the white-washed brick houses. Per wikipedia:

First, the region of Thorn was a swamp nearby the Roman road between Maastricht and Nijmegen. But the region had been drained and about 975, Bishop Ansfried of Utrecht founded an abbey for female Benedictines. This monastery developed since the 12th century into a secular stift or convent. The principal of the stift was the abbess. She was assisted by a chapter of at most twenty ladies of the highest nobility.

Previously the abbess and the chapter were endowed with religious tasks but, since the 12th century, they served secular matters and formed the government of a truly sovereign miniature principality, the smallest independent state in the German Holy Roman Empire. Besides Thorn, Ittervoort, Grathem, Baexem, Stramproy, Ell, Haler and Molenbeersel belonged to this principality. After the French invasion in the winter of 1794–95 and the formal abolition in 1797 made an end to the existence of the abbey and the principality of Thorn; Thorn was first part of the department of Meuse-Inférieure, and after the Vienna Congress it became a municipality of the United Kingdom of the Netherlands.

I tried finding out why the houses are white-washed but all I could find was a random mention of avoiding taxes or covering poverty scars. I don't know if either of those has any merit and I couldn't find anything else. 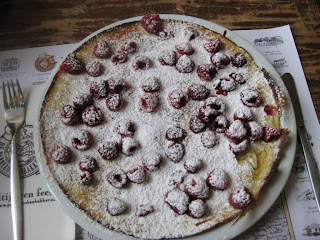 We started with a visit to the local pannekoeken house. 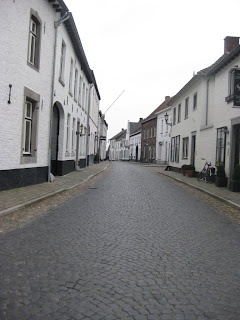 A majority of houses and buildings in the old part of town are white washed. 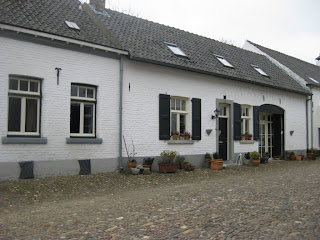 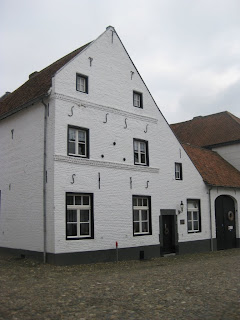 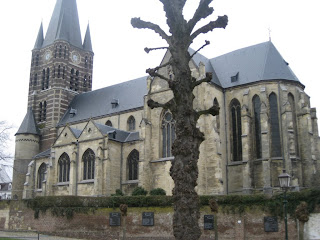 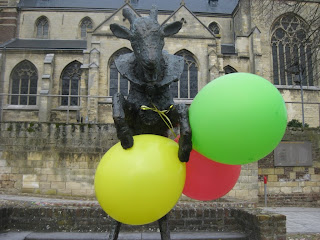 Sculpture of a goat. Decorated for Carnaval.
Posted by Dorothy at 09:24 No comments:

The dog went for a major teeth cleaning. They had to be sedated (I needed sedation after they gave me the bill!!). When I picked them up Cheyenne was pretty alert but Tex seemed to be a little hungover. I felt bad for him but couldn't help laughing as he was having trouble walking straight. 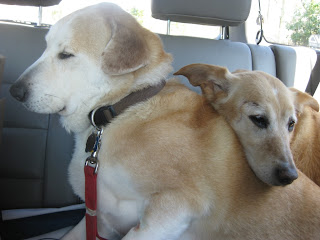 In the car on the way home. 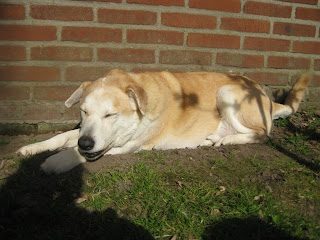 Cheyenne followed me around but Tex immediately went to a sunny spot and stayed there. 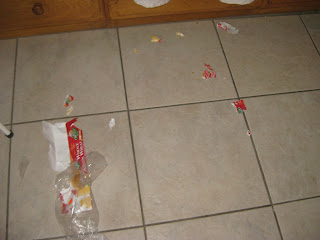 He was back to his old self before I got home as evidenced by the shredded food package I found in the kitchen.
Posted by Dorothy at 09:16 1 comment:

Dutch Carnival is celebrated on the Saturday through Tuesday preceding Ash Wednesday (per wikipedia). It's a little like halloween in that everyone gets dressed up and there are parades. There is no trick-or-treating, though. That's done on a holiday in November. Here are some pictures from a little parade that went past my neighborhood as I was out walking the dogs. 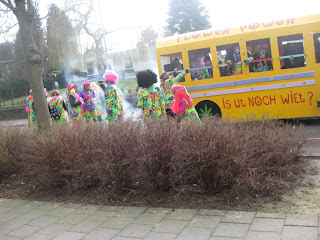 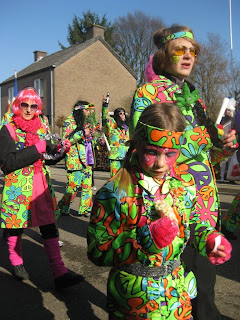 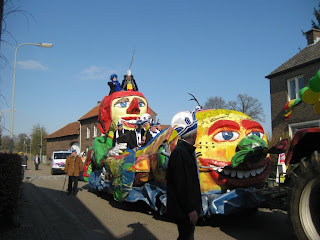 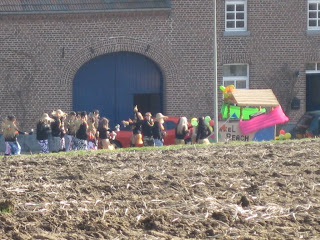 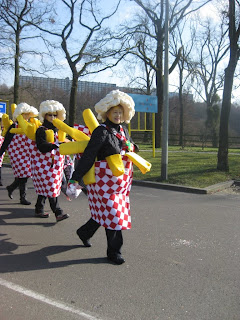 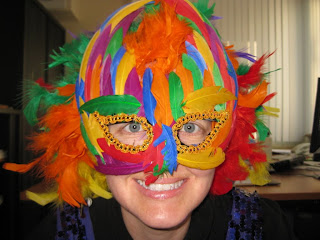 Me. At the Carnaval celebration at work.
Posted by Dorothy at 19:23 No comments:

There's a small shopping district down town. There are a few bakeries, a butcher shop, some clothing stores, some cafes and restaurants. That sort of thing. It's basically closed to traffic so everyone is walking or riding a bike. I usually walk down there Saturday mornings (nothing is open on Sundays). It's about a mile from my house. Everything closes at 6pm except on Thursdays, which is shopping night. Then I think it's open till 8. 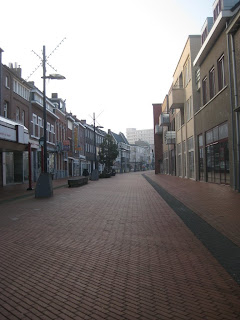 In the morning before anything has opened. 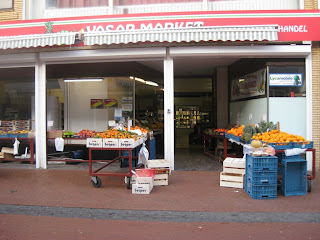 The Turkish grocer. So many wonderful things in there!!

Dog Walks in the Dark

I get up at 0500 to walk the dogs before work. This particular morning it was raining (go figure). 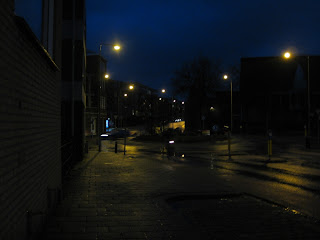 Communities all over here like to organize walks. There are marked routes and you can usually pick from a variety of distances (5k, 10k, 15k...sometimes up to the distance of a marathon). I went to one in Gulpen last weekend. It was cold and windy and raining and muddy. But the people are friendly and the scenery is nice. The friend I went with was dismayed by the mud and didn't want her shoes getting messed up so we only ended up going 5k. Here's some of what we saw along the way. 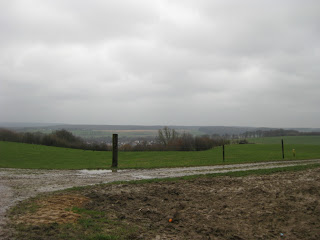 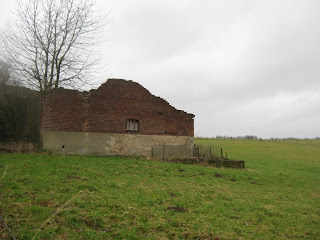 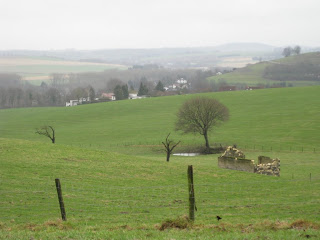 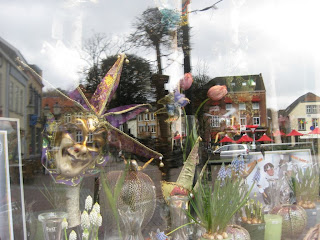 A shop window with decorations for Carnival. The village reflected in the background. 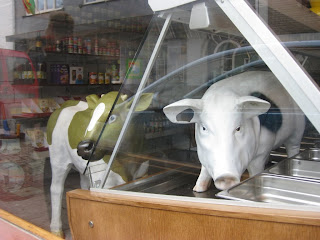 I guess that explains why there's no meat in the butcher case.