I've posted before about how I don't do christmas and how I consider thanksgiving to be just another Thursday.  I was glad this year to see Angie at Angie Eats Peace post about how she doesn't celebrate holidays. Because often it feels like I'm the only one.

To me, holidays have come to represent nothing more than absurd, out-of-control consumerism, obligation-fueled-guilt, expectation-induced-disappointment, the depression that those who can't afford or are alone (because we're told it's the worst thing to be alone for the holidays) experience and SO. MUCH. STUFF.  It saddens me greatly to see such an emphasis put on toys when so many are in such great need for basic necessities.

Just thinking about how many trees were killed to produce the shiny paper used to wrap all those presents...so many of which were not what people wanted or needed but were given because...well...you have to give *something*.  The stress, the expense, the waste...for what?  I mean, really, why do people do it?  The pressure to do enough...be enough...BUY enough...I just don't get it.  Perhaps if more people stood up and said, "Actually, no, I'd rather not. It doesn't bring me joy or happiness.  Honestly, I just want to take a nap (okay, maybe that part's just me!)," we could start a movement away from the madness of it all.

Mind you, I had a great childhood with very happy holidays and there are traditions my family has that I cherish. But from a rather young age I thought it was very excessive and wasteful.  I've tried to convince my mother of this but she still insists on buying far more than we need.  My father has always been on board with me.

One of my favorite scientists started a firestorm by tweeting,

Which is true. But apparently sharing the celebration the birth of your deity with a fat man in a red suit who delivers toys (or coal if you didn't behave) is okay but mentioning that the man who discovered the laws of motion, the universal law of gravitation, and invented integral and differential calculus - all of which served as the mechanistic foundation for the industrial revolution of the 18th and 19th centuries - was born on that day is somehow egregious.  Seriously, if your religion is so fragile that it can't stand up to a 125 character tweet about Isaac Newton or someone saying they don't celebrate the holiday (which is seen as some sort of world evil based on my experience of expressing my lack of celebration) then ...well...maybe you need to reexamine your faith.

I'll stick to calling 25 December "just another day" and saving my sanity and bank account the terror that is rampant, senseless consumerism.

How do you feel about the holidays?
Posted by Dorothy at 01:49 3 comments:

Email ThisBlogThis!Share to TwitterShare to FacebookShare to Pinterest
Labels: Holidays, I don't celebrate, Where's a prescription for Xanax when you need one?

Help-Portrait Baltimore - Sundays in My City

Volunteering with Help-Portrait in Baltimore is one of the most amazing experiences I've had!  When I first saw the opportunity posted I noticed they were looking for photographers to volunteer.  I thought, "Hey, I have a camera and can take a fairly decent picture."  Then I saw they required you to have your own portable lights, backdrop, etc. I have none of that and honestly, wondered why so much was required. They also wanted people proficient in photo editing.  I don't edit my pictures.  Ever. Don't even know how. But, once I saw the results of what this project produced, I was amazed and am glad I didn't try to pass myself off as being capable enough!  I worked on the "hospitality" crew which basically means I helped people when they needed it, took lots of "behind the scenes" pictures and sat and talked with the men. I was honored that they were willing to share their stories with me.

You can read about Help-Portrait (a world-wide, once-a-year event) and the Helping Up Mission (which is where I volunteered today).  I had never heard of the Helping Up Mission (then again, despite living 15 minutes away from Baltimore for the last year I don't really know anything about anything the city offers). Putting my opposition to religious-based...well...anything aside, I was extremely impressed with what they do at this facility.  There are between 400-500 men there at any one time participating in a year-long addiction-recovery program which includes counseling, education services, medical services, housing and a lot more and it's free (receiving no public money).

This is not a typical homeless shelter and, in fact, not all of the men living there and receiving treatment are homeless. They do, however, offer what they call "overnight guest services" which include a bed, shower and meal for those who simply need a place to stay and don't want to commit to the program. On very cold days those beds will fill in just a few minutes leaving many still with no place to go.

The goal of today's project was to give these men (another team in Baltimore did the same thing at the House of Ruth shelter for women and children) a professional portrait. Simple as that.  Many of them had family members come to be in the picture with them.  It was great to see the family love and support these men are receiving while they're working towards recovery from addiction and return to productive society.  It was such a joy to see how proud they were of the work they've done so far and how excited they were with their pictures.

Here are a few of the pictures I took (all with permission!). 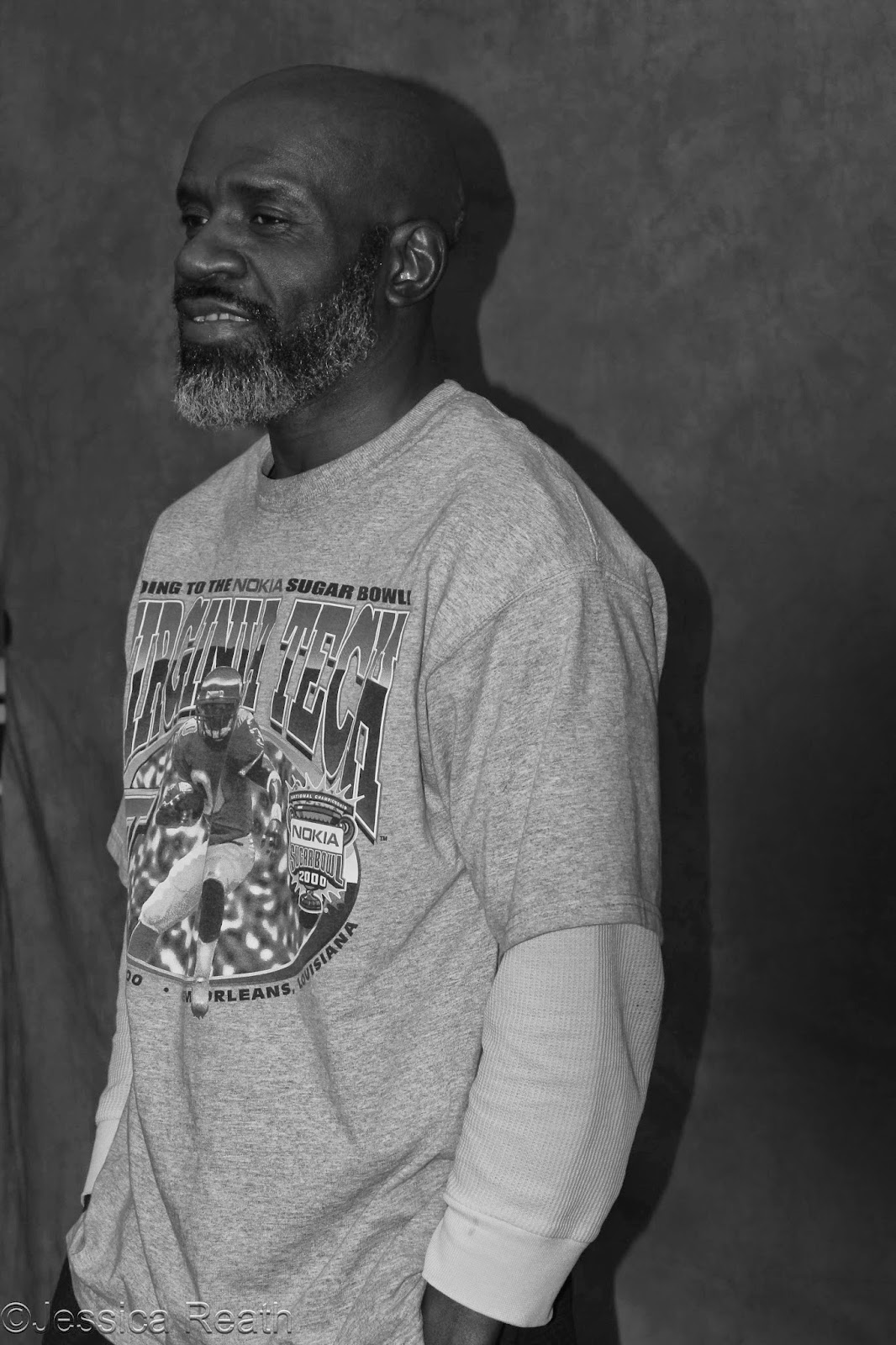 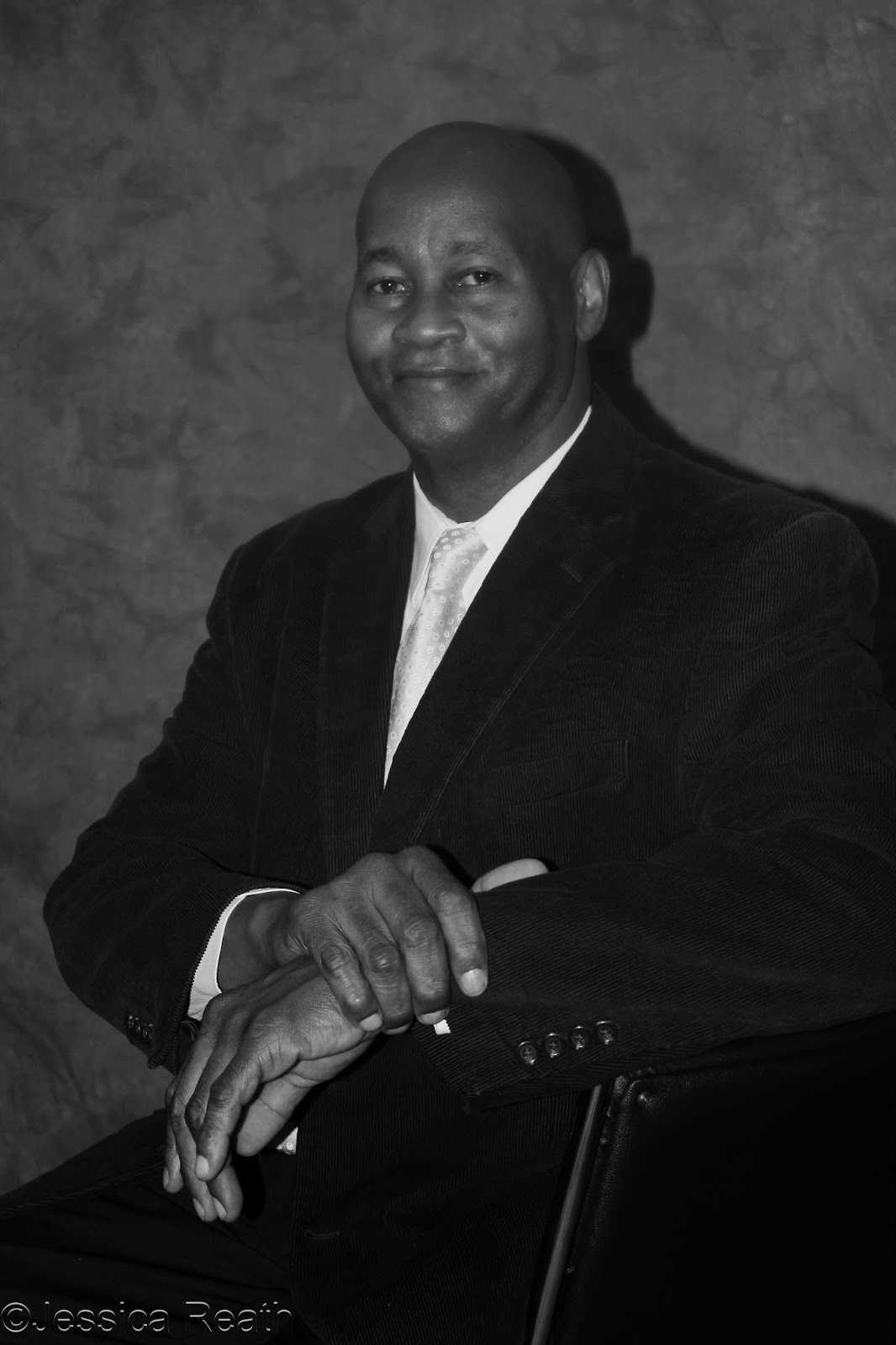 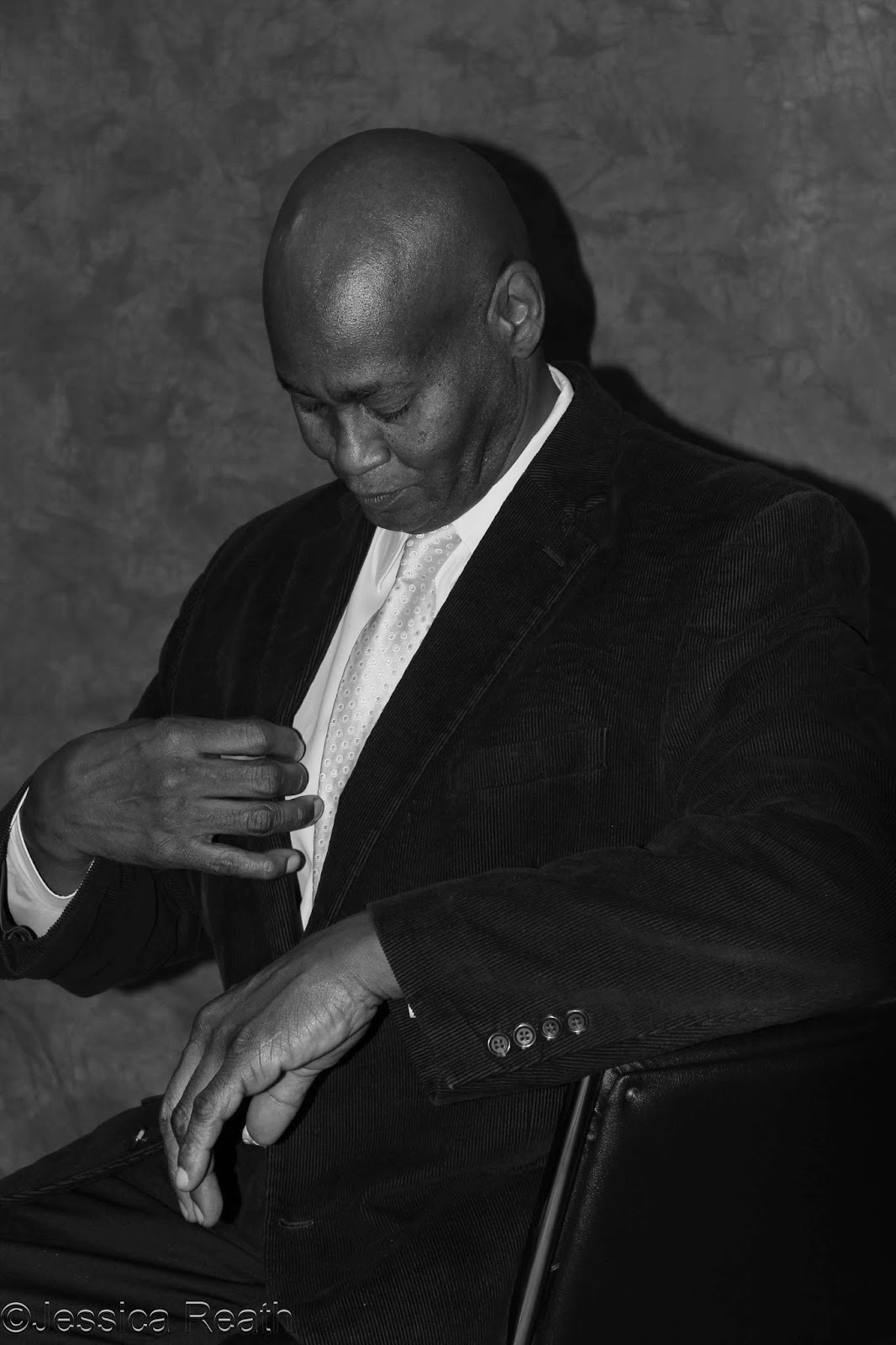 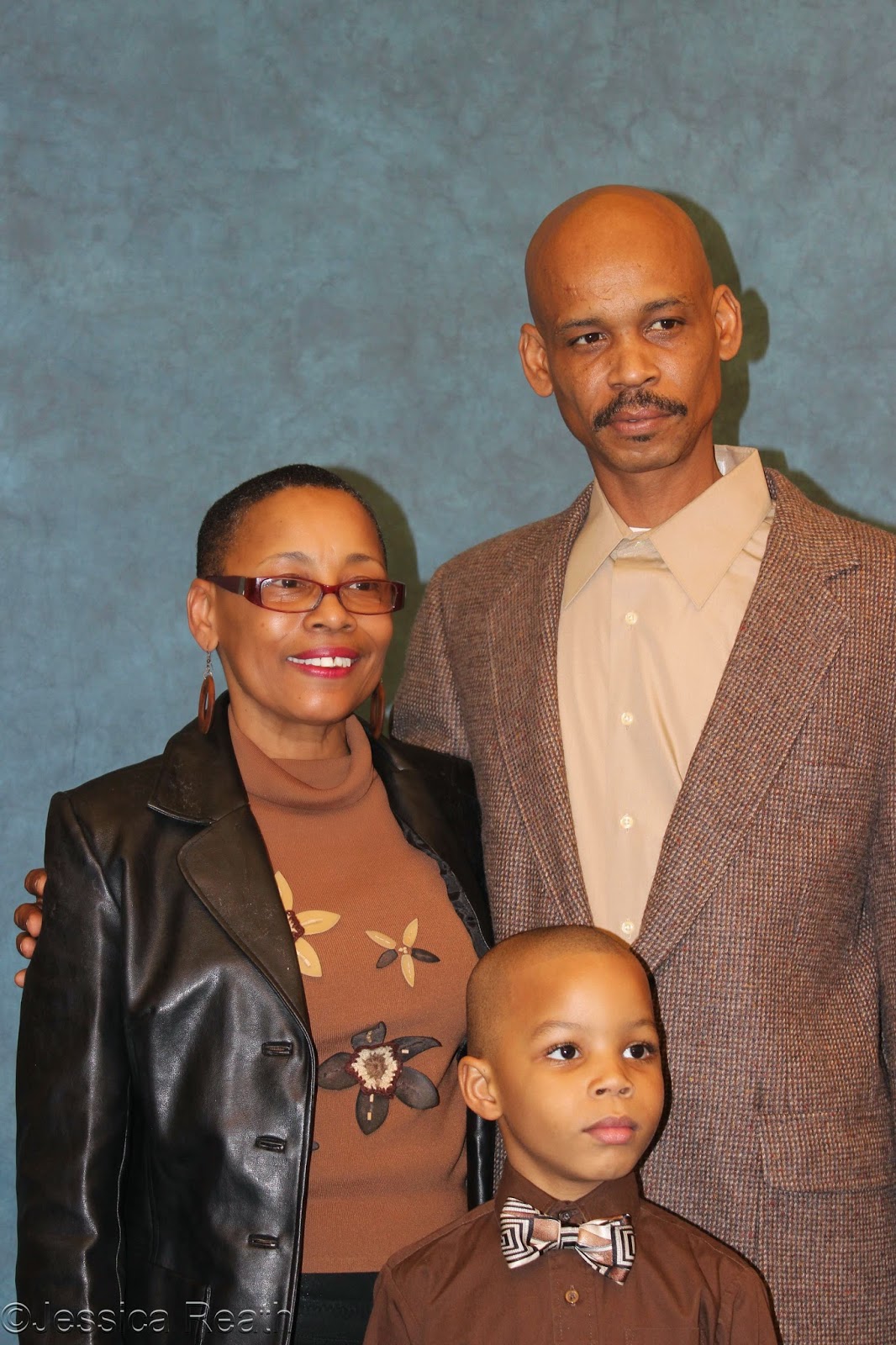 Seriously, this was such an incredible experience.  I hope to get to do it again and I hope it gets to where it happens more than once a year.  [I think I've edited this at least 5 times now because I keep thinking of more I want to say.  I just can't capture how happy this whole thing made me!]

Email ThisBlogThis!Share to TwitterShare to FacebookShare to Pinterest
Labels: Help Portrait, Help Portrait Baltimore, Helping Up Mission, I am not a blogger but I have a blog, photography, Sundays in My City
Newer Posts Older Posts Home
Subscribe to: Posts (Atom)